I approached numismatics as a lover of history. I look each coin of which I’m interested in with curious eyes not of the esthete, but of the historian who goes in search of useful elements for understanding the past. 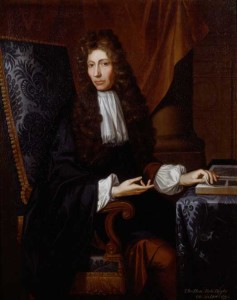 In the articles that will follow I’ll group the cases investigated into four categories:
-symptomatic situations(of what I have stated above);
-errors (due to sarelessness and /or superficiality);
-horrors (errors so big to be inexplicable);
-possible fakes (in my opinion).
If the first three categories I will try to be as objective as possible and therefore refer only to established situations (at least in accordance to the data available to me), in the fourth instead I will be very subjective in my interpretations, but trying to produce as many proofs and considerations possible as support: provided that they are always the personal opinions of a sceptical “amateur scholar of numismatics.”

These speeches could sound like empty words. Let’s give substance.
1 – SYMPTOMATIC SITUATION

Preamble
I accidentally became aware of some researches (one of which is in Greek and almost impossible to find, so I got it from Greece) that expose the results of laboratory tests carried out on coins of the Macedonian kings prior to Philip II and in particular Amyntas III (393-370/69 BC).
They show how type A staters of this king are mostly, if not all, silver-plated on a substantial copper core (subaerats or fouree).

These conclusions are based on the analysis of a large sample of coins of Amyntas III (38 exactly) and the comparison with other coins (22 in this case) of the kings of the period 413-360 BC. Without beeing too specific, using various laboratory tests was studied the actual percentage of the metals and the density/specific gravity (g/cm³) of the coins.
The surface of the coins of Amyntas presented a percentage of silver only in 3 examples less than 80%, but mostly higher than 90%. Instead in 9 specimens, that presented the core in view, the maximum percentage of silver found in the core was 13%, while the remaining part was copper.
Key issue is the analysis of the density, which provides indisputable informations about the metallurgical composition of an object. Each metal has its own density: about 10,5 silver, while copper approximately 9 g/cm³. The coins analyzed had a density between 8,45 (and therefore even lower than that of pure copper) and 9,81, although mostly were around 9 to 9,4 g/cm³.
The logic and sensational conclusion is that a type A stater of Amyntas III of pure silver would be “probably” a fake, while a subaerat would be true and official.

Prologue
I saw on sale at one of the worldwide most prestigious auction houses a type A stater of Amyntas III and I decided to investigate, being very clear in mind that this type of coins, of which “strangely” subaerats are very common, is always presented by auction houses as made of pure silver or at most debased silver.

Episode
I wrote, therefore, to the auction house asking general informations about the modes of purchase and shipping and even more specific about the density of certain specimens, including also that of Amyntas, which is the only one that really interested to me.
Despite being past 10 p.m., in less than an hour I got two different and very kind answers, one of which even by the General Manager.
Regarding the problem of density, if for other examples the values furnished were correct (although expressed in percentage), in the case of Amyntas III the answer was: good metal, silver 90%. If the specimen was actually 90% silver …
Apart from the fact that they had not understood exactly my question, since the density is not expressed through percentages, nevertheless we can say that a coin of 90% silver and 10% copper has a density about 10,2 g/cm³.
So the answer was, or the silver content that they thought the coin had, not being minimally aware of the researches referred by me, or, if they actually made analysis that established a silver content of 90% … you can figure it out yourself.
I pointed out the problem, so as gentle as possible and carefully avoiding the term “fake”, and the kind General Manager, with a sudden change of behaviour, invited me, almost annoyed, to repeat the question in a few days, since they were very busy and concluded that: the silver of the coin looks good and this agrees well with the standard characteristics for that type of issue (it’s a paraphrase).

Epilogue
I wrote again few days later and I didn’t get any response.

Comments
You tell me!

This entry was posted in Mondo Greco, Mondo Romano and tagged English Version, Numismatica. Bookmark the permalink.
Accesso in corso...